The name ZEEKtheFREAK originated from the Snap-On brothers' song of the same name, written in 1977.

Zeek is a multi-instrumental studio recording artist, who writes, records, and produces his music and CDs

On stage, Zeek surrounds himself with a selected group of talented musicians. See below.

Apart from the music, Zeek is also an entertainer, an author, a philosopher, a humorist, a photographer, an editor, and an actor, among other things.

For more info on all his projects, check out Zeek Productions.

The music genre is Officially Shock Rock, with a slice of punk and metal and theatrical tendencies.

The live show is well-known in the Alkmaar region of Holland for being Shock-rock, very controversial, and sometimes even perverse.

About The Live Band:

In the live band, through the years, from the first show in 1997, there have been many talented (and not so talented) musicians who have graced the stage with ZEEKtheFREAK.

All musicians are listed below. 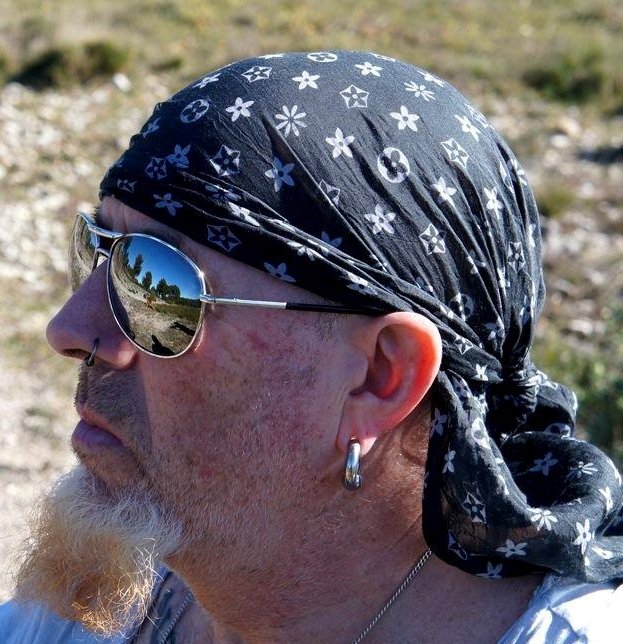 With ZEEKtheFREAK, he originally recorded for cassette tapes, but he has had two CD releases:

He is also a lyricist for other bands.

His other projects include:

Editor, humorist of The FOOLS FUNNYBONE (a zany tabloid of actual fake news).

Author of novels and short stories

He is also a philosopher, a photographer, an actor (appearing as an extra in a Dutch film: Huisvrouwen bestaan niet 2) and a painter.

For all of Zeek's projects, go to the Zeek Productions website.

Erik from the Mountains: guitar